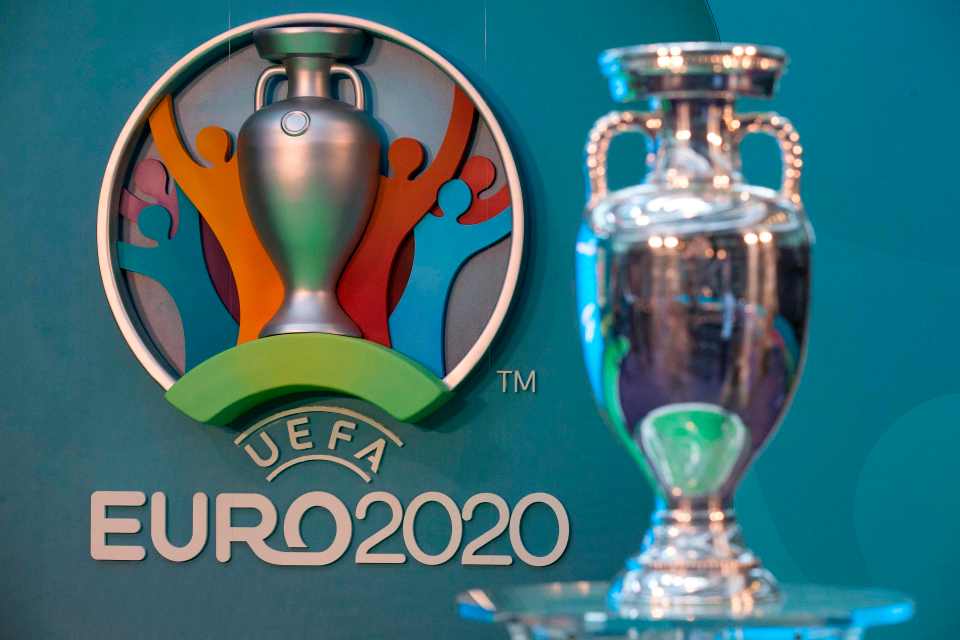 The biggest competition is Europe begins on June 11th with Italy and Turkey kicking off a month of football fever. We look at how the tournament could potentially play out with several excellent squads competing for the most coveted prize in all of Europe.

This could be one of the best groups in the tournament, with all 4 teams with the ability to progress.

Italy will have a point to prove after not making it to the 2018 World Cup. They have a young core including the likes of Tonali, Barella and Kean mixed with the ever-present Bonucci and Chiellini. They should go into this group as favourites

Switzerland always seem to do supremely well in qualifying, but never quite seem to cut it in the business stage of the tournament. The mercurial Granit Xhaka anchors the midfield, meanwhile Shaqiri holds much of the attacking burden.

Wales were outstanding at the last Euro’s and I expect them to be fired up for this tournament. Their squad has improved in the last 5 years with Dan James, Harry Wilson, Neco Williams, Ethan Ampadu and David Brooks in addition to the brilliance of Bale and Ramsey.

Finally, Turkey are another good team. Leicester’s Söyüncü was a standout defender last season, but has been sidelined for much of this season. Another Leicester player in Cengiz Ünder holds the key in an attacking sense along with the excellent Hakan Çalhanoğlu. They can hurt teams if they click into gear

Another good group, but there is one standout team here

Belgium may feel like this is the last chance for their golden generation. They go into this tournament as one of the favourites and are ranked 1st in the world. Their attack speaks for itself with Lukaku, De Bruyne and Hazard the pick of the bunch. If everything clicks into gear, they can win the competition.

Denmark are also one of the stronger teams in this group with Eriksen still their star player. Braithwaite and Højbjerg are equipped to support him well. They should progress from the group, but may struggle to offer much more.

Russia were excellent at The 2018 World Cup and they can progress from this group if the same stars such as Denis Cheryshev and Dzyuba perform. Atalanta’s Miranchuk has also emerged and can provide impetus. I expect them to finish 3rd, but to progress.

Finland have never reached The Euro’s and have done well to reach the tournament, however I expect them to be the whipping boys of this group. Football is a funny game though and we could witness another Iceland-like fairytale. Teemu Pukki (a.k.a the premier league half season wonder) has proven he can score at the highest level, so you never know

The Netherland have finally reached a major tournament after missing out the previous two times. A lot of their success could hinge on the recovery of Virgil Van Dijk, however they do have an excellent midfield with the likes of Wijnaldum, Van de Beek and De Jong. A lot of their goal threat will also rely on the form of Depay, however they should easily top this group.

Austria were awful in Euro 2016 and will be aiming to improve this time round. They have two standout players in David Alaba and Marcel Sabitzer. This group isn’t particularly difficult so I expect them to progress, however I don’t expect them to go much further.

Ukraine qualified in style topping a group that included Portugal. They have two premier league players in Zinchenko and Yarmolenko, however they rely on expert teamwork as oppose to individual brilliance.

Now I’m not going to lie, I don’t know much about North Macedonia. They qualified through the Nations League, beating Kosovo and Georgia to get here. Leeds Utd’s Ezgjan Alioski is one player you might know, however I do expect them to finish rock bottom of this group

Another excellent group, we’re going to get a rematch of the 2018 World Cup Semi-Final and the oldest international’s fixture of all time: England v Scotland.

So let’s start with England. There is abundance of talent in almost every position and home advantage of course. The delay of the tournament could be a blessing for England with the emergence of Foden and Saka in the last year. England should top this group and I’ll be looking at the squad in more detail here.

Croatia were one step away from becoming world champions in 2018. Not too much has changed since then; their midfield is still outstanding with Modric, Kovacic, Rakitic and Brozovic. They should progress and should go far in the tournament.

Scotland beat Serbia on penalties to qualify for the tournament. Much of their strength lies in left back with Tierney and Robertson excellent for their respective clubs. McTominay, McGinn and Stuart Armstrong make up a very strong and dominant midfield. Goals are a problem for Scotland and it’s likely that they will struggle against the big boys.

Czech Republic were in the same qualification group as England and were thrashed twice. One notable name in their squad is the excellent Tomas Soucek. However, I still expect them to finish bottom of this group

Needless to say Spain have some excellent players and should go far in this tournament. They have been poor in the last three major tournament, however I expect a stronger showing this time round. Spain should top this group and judging by their recent 6-0 thrashing of Germany, they could do very well this summer.

Sweden did well in The 2018 World Cup and they do have some quality players like Lindelof, Forsberg and Alex Isak. They will probably get out the group and then it really depends who they draw. They showed in the last World Cup that they are a very good unit.

Poland always seems to be an absolute machine in qualifying, however never offer anything once the actual tournament begins. Lewandowski is an unreal player, however there aren’t too many players that have the ability to supply him effectively. Napoli’s Zielinski will have to run the midfield.

Slovakia were at Euro 2016 and 4 years later Marek Hamsik still their star player. They aren’t a spectacular team and I don’t expect them to get to the next round.

This is the best group of the tournament, three European heavyweights to battle it out.

France go into this as favourites and probably the best team in the world. They have the best squad depth of anyone in this tournament and should get through with ease. I don’t need to list you all their star players.

Could this be Cristiano’s last European Championship? Probably. Portugal’s squad has improved since winning the Euro’s in 2016 and they have such an impressive array of talent from back to front. Another one of the favourites for the tournament.

Germany always go far in tournaments, aside from 2018 coincidentally. They have had a tough time recently, but will probably progress from the group. Their defence looks shaky at this point, but you can never rule Germany out at a major tournament.

I feel sorry for Hungary. Szobozlai scored that amazing last minute winner to ensure they qualified for the tournament, however this is the group of death and I can’t see any way they get through this group. Could they surprise us like Costa-Rica did in the 2014 World Cup? I doubt it.

REMEMBER ONLY THE TOP 4 CAN GO THROUGH

Now since they’ve changed the number of teams from 16 to 24, the knockout procedure is more complex. It also means that the competitions finally starts to get good at this stage, especially since we’ve filtered out some of the dross.

According to these predictions, the Round of 16 is as follows:

There are some tasty matchups to be had here, with England v Portugal and Netherlands v Germany the pick of the bunch. I would expect Wales’ individual quality to get them over the line against Denmark, whilst Italy should be comfortable winners over Austria. France should also beat Switzerland and I also expect Croatia to go through against Sweden. Spain should beat Scotland as well. England v Portugal is a huge game, but I’m going to have to back Gareth’s boy to come through. Belgium should beat Poland and I expect Germany to beat the Dutch in the final tie of the round.

Now the ties look very very tasty. Only the very best teams left, who will go on to become champions of Europe.

The first tie is probably the tie of the round. I think Belgium will have just enough due to their abundance of world class players, but it’ll be very tight. Now a rematch of the World Cup final and again I back France to prevail. Spain will be a difficult proposition for Gareth’s boys, but I’m backing Kane and co to pull out the much needed result. Finally, I expect Germany to pull through against Wales and reach yet another semi-final.

Two heavyweight ties. Two Finalists. France vs Belgium is a huge game and something tells me Belgium will find a way past The French. They were dumped out at the same stage of the World Cup, I believe they’ll go one step further. England v Germany is a semi-final. This has never ended well for The English. However, things are different and I’m backing England to go through on penalties.

This would be an outstanding World Cup final, however I believe this might be a step too far for England. I’m backing Belgium to win the tournament.

Do you agree with my predictions? Do you really thing football can come home? Let me know in the comments below.

We cover the latest sports news in the world of football. From player ratings to predictions, we have you covered